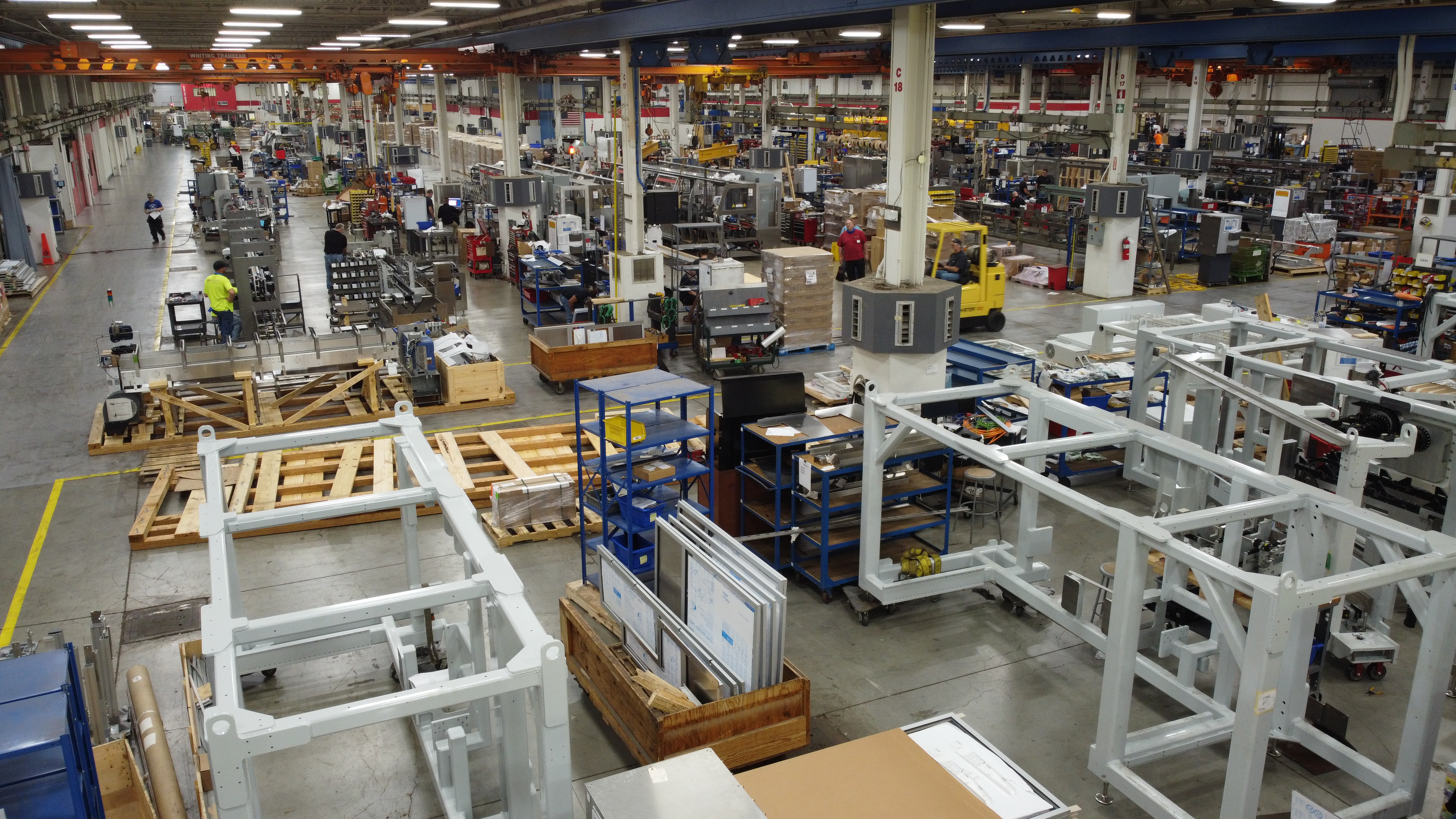 “I want to thank R.A. Jones for this commitment to the Northern Kentucky workforce, providing high-wage jobs and furthering our progress in creating quality opportunities for all Kentuckians,” Gov. Beshear said. “We’re building a sustainable economy here in the commonwealth with strong wages across key industries that will continue to grow in the years ahead, and this investment from R.A. Jones represents yet another step toward that goal.”

The company’s investment includes new equipment and other upgrades at the facility on Crescent Springs Pike in Kenton County. New jobs created at the location will include mechanical and electrical engineers, machinists, fabricators, assemblers and service technicians, among other positions.

Demand for the company’s packaging equipment, including aerosol, cartoning, chub packaging, multipacking and pouching machines, has grown consistently in recent years, and has seen a surge since the start of the pandemic in 2020. In recent months, consumer goods manufacturers have increasingly relied on equipment designed by R.A. Jones, as demand for products such as sanitary wipes, disinfectant sprays, tissues, beverages, packaged meats and other food items has increased.

“The state tax incentives will allow R.A Jones to invest in various corporate initiatives and projects designed to strengthen our current workforce, expand our manufacturing and service capabilities, and increase research and development resources to help us attain our full market growth potential over the next 10 years.” said Jonathon Titterton, CEO of R.A. Jones. “The R.A Jones leadership team is honored to have been approved for these tax incentives and excited to continue its 115-plus-year tradition of contributing to Northern Kentucky’s growing economy and providing quality job opportunities for residents of the surrounding communities.”

Gary Feldmann, COO at R.A. Jones, added that the investment will help the company meet a significant rise in demand.

“Many consumers are unaware of how important the packaging machines R.A. Jones ships from our dock are to the supply chain,” Feldmann said. “Our engineers, assemblers, machinists, fabricators, project managers and everyone in between have been working 60- to 80-hour workweeks just to keep up. These incentives will help us get the equipment and skilled labor required to help our organization run at a more sustainable pace.”

Founded in 1905, R.A. Jones got its start as a soap packaging company and has operated in Northern Kentucky since 1913. The company since has grown to serve a range of industries, including food and beverage, home and personal care, automotive, electronics, chemicals, pet care and health care. It is a subsidiary of Bologna, Italy-based Coesia, which oversees a group of global innovation-based providers of industrial and packaging products.

The R.A. Jones operation is among approximately 4,500 manufacturing-related facilities in Kentucky, which employ about 260,000 Kentuckians statewide. The state excels as a national leader in manufacturing, with about 13% of its workforce holding a job in the sector compared to the U.S. average of 8.5%.

R.A. Jones’ investment and planned job creation furthers recent economic momentum in the commonwealth, as the state builds back stronger following the effects of the pandemic.

Last month, thanks to strong fiscal management by the Beshear administration, the state budget office reported the commonwealth ended the 2021 fiscal year with a general fund surplus of over $1.1 billion – the highest ever in the commonwealth – and a 10.9% increase in general fund receipts to $12.8 billion.

Kentucky’s year-to-date private-sector new-location and expansion figures total $2.6 billion in total planned investment and the creation of 5,500-plus full-time jobs across the coming years. Through July, Kentucky’s average incentivized hourly wage is $23.47 before benefits, a 6.2% increase over the previous year.

In May, Moody’s Analytics published a positive economic outlook for Kentucky, noting mass vaccination as the driving force behind a sustained recovery in consumer services. The state’s recovery, Moody’s said, benefited from earlier reopening efforts and increased demand for manufactured goods over services. The report also found Kentucky’s manufacturing industry outperformed the nation’s since the national downturn last year.

Fitch Ratings in May improved the state’s financial outlook to stable, reflecting the commonwealth’s solid economic recovery. The state’s April sales tax receipts set an all-time monthly record at $486.5 million, as did vehicle usage tax receipts at over $64 million.

In March, Site Selection magazine’s annual Governor’s Cup rankings for 2020 positioned Kentucky atop the South Central region, and third nationally, for qualifying projects per capita. The commonwealth also placed seventh overall in total projects, the highest of any state with a population under 5 million. Site Selection also recently placed Kentucky in a tie for fifth in its 2021 Prosperity Cup rankings, positioning the state among the national leaders for business climate.

“R.A. Jones is a longtime corporate citizen in Northern Kentucky,” Judge/Executive Knochelmann said. “This expansion brings new capital investment and more than 20 high-paying jobs to Kenton County. We appreciate the company’s decision to expand again in our community.”

To encourage investment and job growth in the community, the Kentucky Economic Development Finance Authority (KEDFA) in June preliminarily approved a 10-year incentive agreement with the company under the Kentucky Business Investment program. The performance-based agreement can provide up to $200,000 in tax incentives based on the company’s investment of $2 million and annual targets of:

Creation and maintenance of 20 Kentucky-resident, full-time jobs across 10 years; and Paying an average hourly wage of $43 including benefits across those jobs.

By meeting its annual targets over the agreement term, the company can be eligible to keep a portion of the new tax revenue it generates. The company may claim eligible incentives against its income tax liability and/or wage assessments.

We use technical and analytics and profiling cookies of third parties. If you want to change options, or to refuse consent to the installation of cookies profiling click here. If you continue to use our website, you authorize us to use cookies.